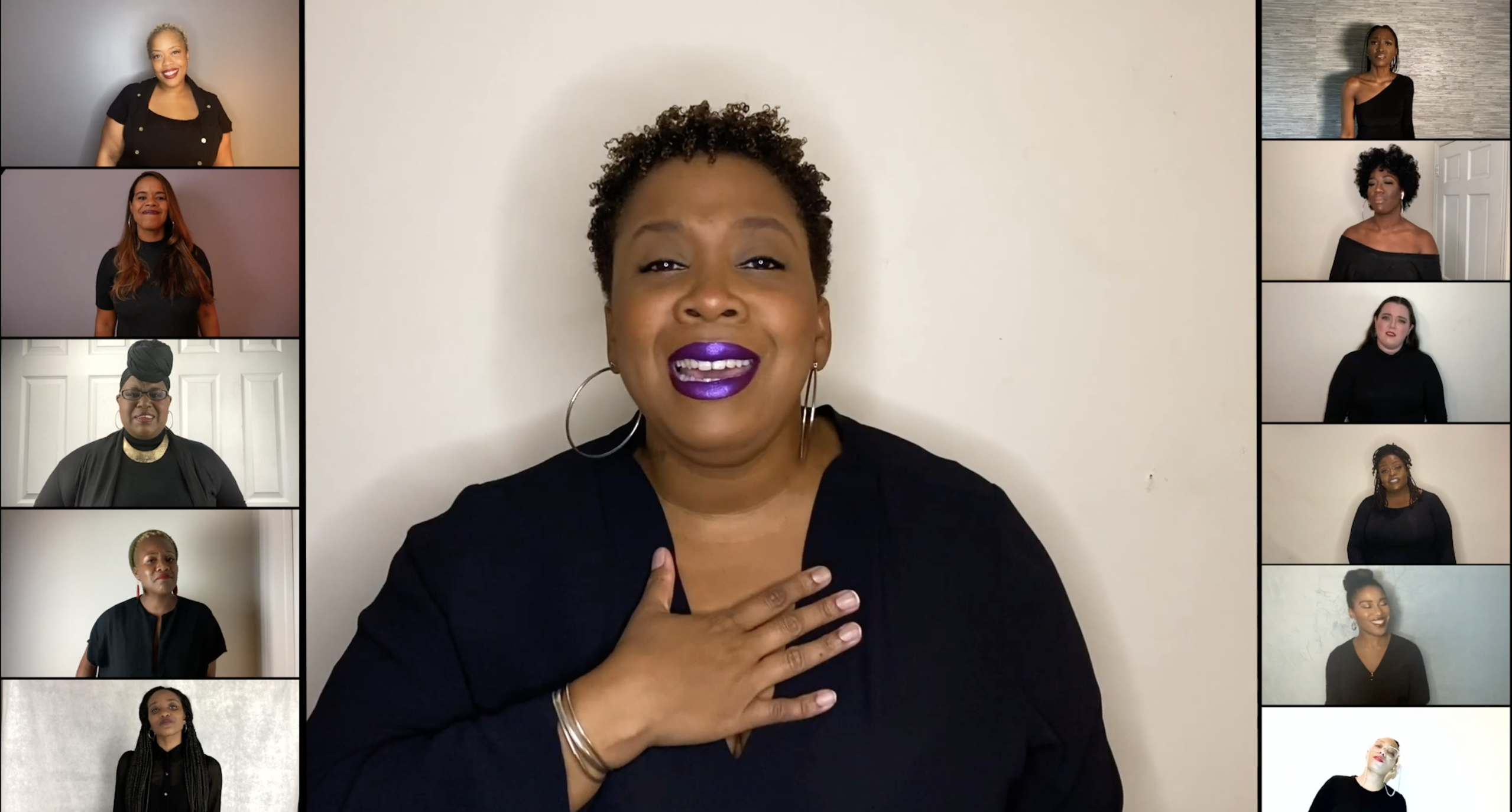 Asking the question “Can you hear us?,” Crystal Monee Hall releases a video of her soul-stirring gospel arrangement of “A Beautiful Noise,” originally written by Alicia Keys and Brandi Carlile.

Hall has gathered some of her fellow songstresses and artists to use their voices and join the fight to flip the Senate in January with this musical reminder that we ALL have a voice/vote and they matter.

“I wrote this arrangement in celebration and support of the women, Stacey Abrams included,” says Hall, “…who are on the front lines of the fight for democracy and justice in Georgia.” The activated artist Hall continued, “…And if enough of us gather our voices and sing in unison, we will make change. This is about using your voice, and being heard. Standing up and being counted.”

Watch the video below & be activated!