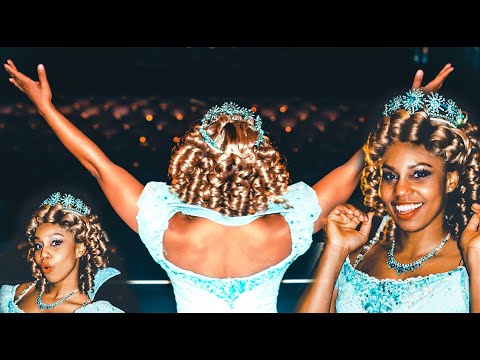 Last summer, Brittney Johnson made history as the first Black woman to play Glinda in the musical Wicked. Brittney had previously been seen on Broadway in Motown the musical, Beautiful: The Carole King Musical, Sunset Boulevard, Les Misérables. These shows cover vastly different genres and styles so why would one of Broadway’s most versatile actors feel the need to speak out right now? Because at the end of the day, she is a Black woman in theatre.

In one of her most recent Instagram posts, Brittany recounts some of the aggressions she has encountered while working in some of Broadway’s favorite shows.

“I almost didn’t write this because, like so many of the Black artistic voices you AREN’T hearing from right now, I was and still am afraid of being put on some kind of blacklist. (Interesting turn of phrase isn’t it?) because I’m speaking out about my experience. But the only way for change to happen is if we first highlight the problems and accept that they are indeed problems.”

Labeling these instances from 1-10, Brittney begins diving into her experiences through her career. #1, she brings up a time where she was repeatedly called the name of the other Black woman in the space so frequently that it became a joke amongst the creative team and company. #2, she describes a scenario that feels almost as old as the profession itself – being asked to “add sass”, to be “more urban”, or add “some attitude” when her white colleagues would be given playable directions in their auditions.

#3 is being told she was too old to audition for a role then hearing from another older white colleague that they had been given an appointment for the same role. #4, casting asked if she was going do anything to her hair? There was nothing wrong with it, it just wasn’t straight. #5, getting to the final round of auditions for a show and not being cast because they had met their “diversity quota” and already had their token Black actor.

#6 recounts being on her second contract with a show and having to do 3 rounds of put ins before she was approved to play a role she’d already been hired to cover. The traditional schedule is 3 – 4 weeks of rehearsal and ONE put in before an actor is approved to perform in front of a live audience.

“Seven. listening to white colleagues complain about casting only looking for ethnic people to play certain roles because ethnic is in right now.”

She goes on to describe instances where she was the only Black woman in an audition room and the director did not even look at her during the audition. A tale all of us actors can probably tell a version of.

#9 and #10 especially capture the disregard and disrespect she faces as a Black women in this industry.

“9. Being asked not to talk about my achievements in an interview, because it would highlight racist practices.

10. Making Broadway history and it not even being acknowledged by my company or community, even though they knew it was happening. That’s right, ladies and gentlemen, the first time I made Broadway history was in 2015. I am the first and only black woman to have played Eponine and Fantine in Les Miserables on Broadway, and the only woman to ever play both roles on the same day. I don’t say this to brag or to say that I deserve more notoriety or front page spread on Playbill. But I am saying that I’ve seen much less exciting things celebrated for much less melanated people. often.”

Brittney ends with a call to action for the Broadway community. To look within and see if they see themselves in her experiences and if so, make an active effort not to be racist.