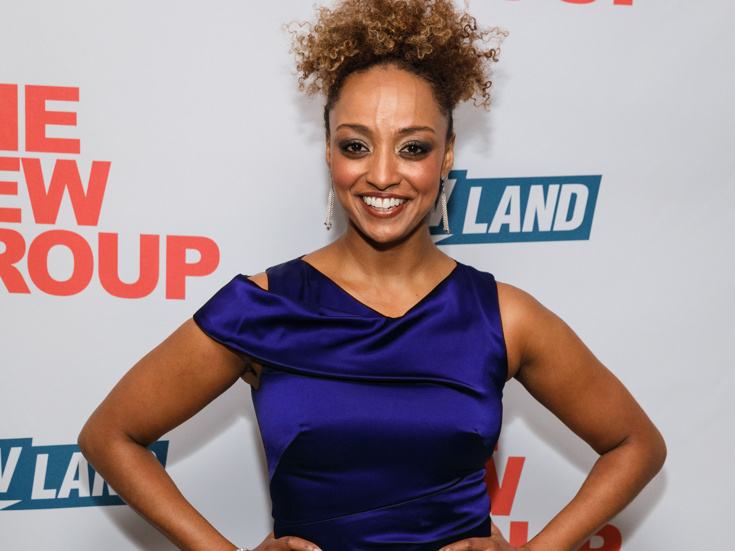 Asmeret Ghebremichael is known to many as a veteran in the theatre community with a career spanning over 20 years with credits on Broadway and West End. She has been seen in the original company of The Book of Mormon, The Wiz Live, Dreamgirls on the West End, Elf, and Wicked. Recently, Ghebremichael spoke out on BroadwayNews.com in a post titled “I’m tired of being the token Black friend’.

She begins recounting a night of drinks with a friend where they discussed their experiences with tokenism in theatre.

“I breezily made a joke about being the token Black performer time and time again. When my younger Black friend told me that she’d never had that experience — she had performed in productions with plenty of brown faces — I quickly fired back, taking a drag from my imaginary cigarette, “Well, I’ve made a career out of being a token. I paved the way for you, so you didn’t have to be one!” While made in jest, it is a statement that has stayed with me in the almost five years since.”

Asmeret goes on to talk about her upbringing in Pittsburgh and how she had found ways to make being the token work in her favor. How during competitions everyone knew who the Ghebremichael sisters were because of their talent and because they were the only Black people there. When it came to pageants, Asmeret’s Blackness, matched with her charm, became a way to put judges at ease and turn their relief into wins.

“I could effortlessly manipulate the judges to ask me what it was like to be the only Black contestant. I would reply with charm, ease and humor that I considered being the token an advantage; that I naturally pulled focus and grabbed your attention. I was turning something uncomfortable for those I was speaking to into something palatable, darling and even funny.”

In the coming years, that skill of finesse had become second nature. So much so that she hit a point of investigating whether she really believed what she was saying. Being the firstborn child of African immigrants from Eritrea, there was an underlying need to succeed, excel, and be accepted in the most nonthreatening way you can.

She then talks about the show she put on before patrons entered the theatre and the overture began. Becoming accustomed to being the sole Black person in a cast and codeswitching as easily as she breathed. Being in rooms where creatives would use the N-word in a casual manner whilst her peers would assure her these aggressions had no ill intent attached to them. Asmeret recounts the constant aggressions people of color encounter with their white counterparts attempting to prove to you they are “down”. “To measure your Blackness in relation to their own affinity for our culture. To measure your Blackness in your musical tastes, their own skin compared to yours or even the size of your butt then laughing these things off with words along the lines of, ‘you’re a white black person’ or ‘you’re the whitest black person I know’ ”.

Asmeret makes the point that during these months of isolation while live performing theatre is on pause, there’s no longer a reason to be complacent in the mistreatment of Black artists and the aggressions we face in rooms every day.

“A creative team member saying ‘I believe in diversity. I made this supporting role Black, and look at my ensemble!’ is akin to saying ‘I’m not racist! I have Black friends!’ On Broadway and elsewhere, the issue goes so much deeper than populating the stage with color. It comes down to a need for the creative teams, the producing teams and the general managers to represent the diversity that is now being so overly celebrated on stage, even as it remains lacking. Because if the same people tell the stories, the same stories will be told, and these experiences will continue.”

She then dives into the community (or lack thereof) behind the table when it comes to Black and Brown artists on a creative team. “The feeling of walking into a room and simply seeing someone that looks like you. Having someone in the room that somehow mirrors you and can understand your point of view a little is an immediate release for artists. Because now there is someone who has had to work just as tirelessly as you must be in that room, to get to that photoshoot, to get to that opening night. ” She speaks on the real conversations Black actors will have – discussing if they will go to an audition or not because the director of that project “does not cast black people”. And the decisions some actors make to not go, and the rest that walk into that room ready to bare their souls but knowing that battle is already lost.

Ghebremichael then implores directors, choreographers, producers, composers, playwrights, designers to take this “break” time we have been given to pivot. To investigate their circles and find ways incorporate Black voices in the conversations we have with audiences. Encouraging these creative teams to take their same creative spirits and find ways to combat the institutionalized racism happening on the great white way.

Black artists are hurting and taking this time to heal. This fight is on those in power for once like Ntozake Shange says in ‘For Colored Girls...’ “One thing I don’t need is any more apologies. I got sorry greetin’ me at my front door, you can keep yours.”

Ghebremichael leaves us with “Another one of my go-to one-liners happens when someone, usually White, asks a Black colleague and me how we know each other. I always respond, “Oh, just from being Black on Broadway.” It’s a joke, but it’s not funny anymore.”