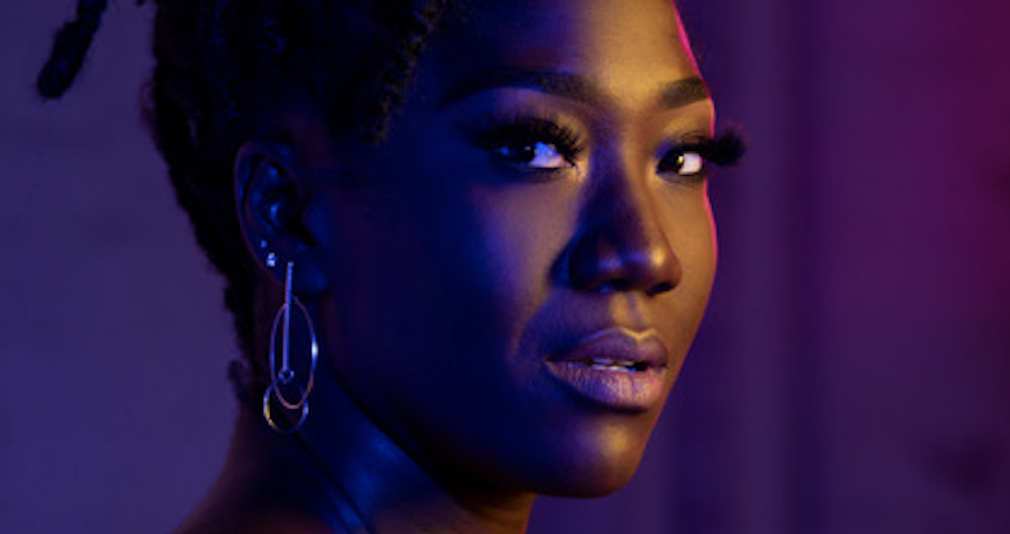 Audible Inc., the leading creator, and provider of premium audio storytelling is pleased to announce An Evening with Amber Iman, the next live event from Audible Theater, running for three nights only from Thursday, April 21 to Saturday, April 23. An Evening with Amber Iman will be recorded live from the Minetta Lane Theatre and released to a global audience as an Audible Original.

Amber Iman, star of Shuffle Along and Soul Doctor, invites you to a celebration of pure, uplifting joy in a powerful three-day concert at the Minetta Lane Theatre. A founding member of the Broadway Advocacy Coalition and Black Women on Broadway, Amber will be blending personal stories with a selection of soulful songs sure to get you swaying in your seat. Join her and “the baddest band in the land” on a journey filled with the music that touches her heart, reminding us all to revel in the delights of life.

Today & tomorrow only, use code AMBER to unlock early access tickets and celebrate pure, uplifting joy at this 3 NIGHT ONLY experience! (Ends 11:59 PM EST on 3/29)

Through songs and storytelling, An Evening with Amber Iman takes the audience on a journey through love, loss, rejection, heartbreak, and joy, in a performance that challenges, encourages, and uplifts, reminding us to take it one day at a time.

“The ability to put on short-run shows focused on a single incredible performer is a specialty of Audible Theater’s work at the Minetta Lane Theater. As the first actress to return to Broadway following the pandemic, we are especially honored to work with Amber Iman to bring her original work live on stage and available to millions more through Audible.”

Amber Iman is a performer, filmmaker, and activist. Amber made history as the first woman to perform on Broadway after the pandemic shut down, as part of the NY PopsUp festival, which welcomed audiences back into Broadway theatres. Amber is one of the most sought-after theatre artists and vocalists working today. She debuted on Broadway as the High Priestess of Soul, Nina Simone, in Soul Doctor, earning rave reviews and a Clive Barnes Award nomination. Since, she has been seen in George C. Wolfe’s Shuffle Along beside theatre luminaries Audra McDonald, Brian Stokes Mitchell, and Billy Porter; she was seen in the National Tour of the megahit musical, Hamilton, and she has performed Off-Broadway and regionally with New York Theatre Workshop, New World Stages, Two River Theater, the Kennedy Center, and many more, earning Helen Hayes and IRENE Award nominations, and winning the Ovation Award and the prestigious Emery Battis Award for Acting Excellence from Shakespeare Theatre Company in DC.

On TV, Amber has been seen on High Maintenance for HBO, and her self-produced short film Steve has been a critical darling at film festivals across the country. This summer, Amber will star in two highly anticipated Broadway-bound musicals: Lempicka at La Jolla Playhouse and Goddess at Berkley Repertory Theatre. As an activist, Amber is the proud Co-Founder of the Broadway Advocacy Coalition and Black Women on Broadway. In 2021, Amber was honored with a Tony Award for her work with BAC.

Tickets for An Evening with Amber Iman go on sale to the public on Wednesday, March 30 at www.Audible.com/MinettaLane. Audible Theater is proud to collaborate with TodayTix to offer mobile Rush tickets beginning at 10 am each performance day. Tickets are available on a first-come, first-served basis exclusively through the TodayTix app.

We got the chance to sit down with the President and one of the co-founders of Broadway Advocacy Coalition, Britton Smith. He exclusively let...