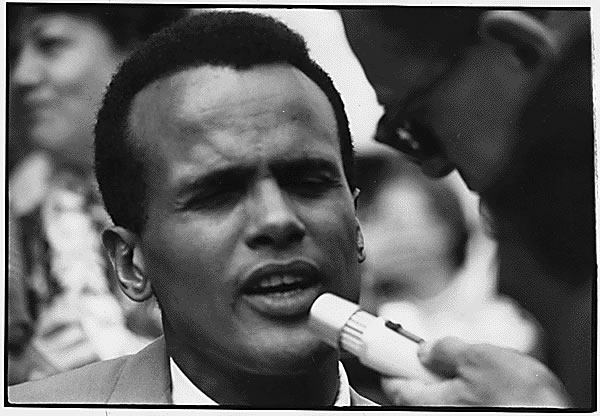 The Broadway stage rights for the life story of the 91-year-old great American singer, songwriter, actor and activist, Harry Belafonte, have been obtained by Broadway producer Ken Davenport (Once On This Island, Spring Awakening)

A timeline, creative team, and casting for the as-yet-untitled new musical to be announced at a later date.

Belafonte made his Broadway debut in John Murray Anderson’s Almanac in 1953 for which he won a Best Featured Actor in a Musical Tony Award.  His Broadway credits include 3 for Tonight, Moonbirds, a special concert entitled Belafonte at the Palace, & Asinamali!

Harry Belafonte said, “The live theater opened up so many worlds for me as a young man. From the moment I saw professional actors on stage, I knew I could find a way forward in life as a performer and as an activist. Will humility, it brings me great joy that my story will now become a stage production that I hope will inspire audiences to follow their own dreams.”

Ken Davenport said, “Harry Belafonte is one of the most influential and respected Americans of the past century. I’m excited to be working with Mr. Belafonte to bring his powerful life story, about a son of immigrants who made a profound impact on the lives of Americans and millions of people around the world, to the theatrical stage. An outspoken Civil Rights and political activist, Mr. Belafonte has been confidante and advisor to President John F. Kennedy, Eleanor Roosevelt, and Dr. Martin Luther King, among many other leaders. To this day he remains a leading advocate for humanitarian causes. Harry Belafonte is also beloved for his unparalleled career as an acclaimed Academy Award, Grammy, Emmy and Tony Award-winning producer, actor and singer of many best-selling hit recordings including “The Banana Boat Song,” “Matilda” and “Jump in the Line.”