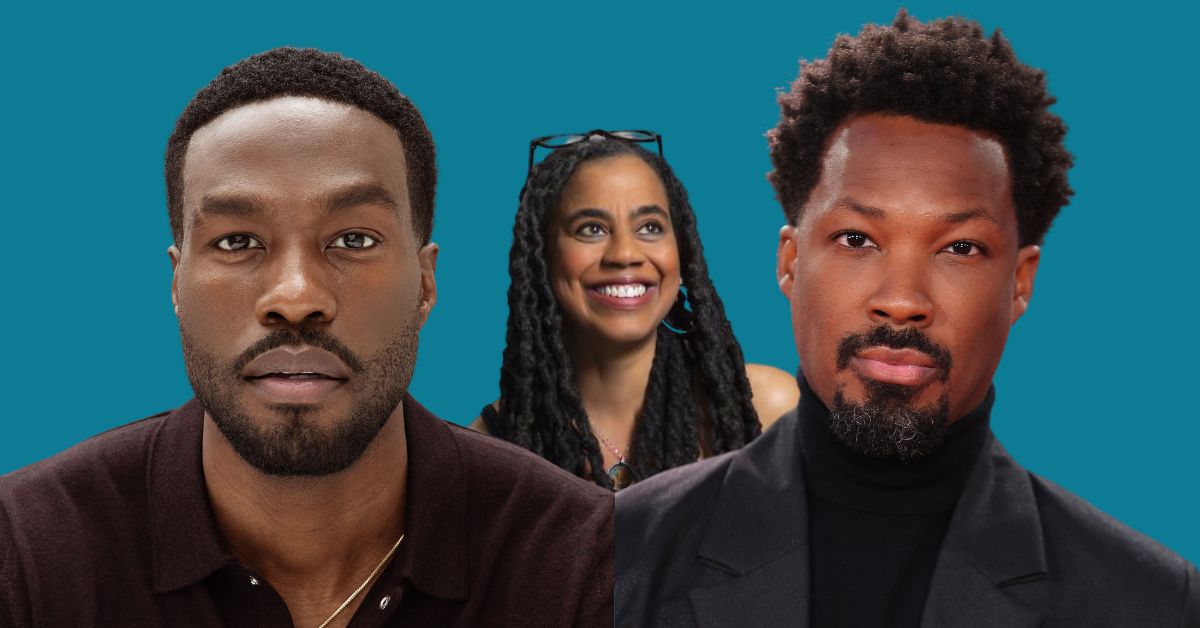 Suzan-Lori Parks’ TOPDOG/UNDERDOG, a darkly comic fable of brotherly love and family identity, tells the story of two brothers, Lincoln (Hawkins) and Booth (Abdul-Mateen II), names given to them as a joke by their father. Haunted by the past and their obsession with the street con game, three-card monte, the brothers come to learn the true nature of their history.

The original Broadway production opened on April 7th, 2002 starring Jeffrey Wright as Lincoln and Mos Def as Booth. The play closed on August 11th. 2002 after 144 performances.

“I’m so blessed that TOPDOG is back on Broadway! What a beautiful opportunity to share this work with new audiences. And, wow, how many writers get to be here for a Broadway revival of their work? I’m grateful and thrilled, and doing the show with Kenny, Yahya and Corey — that’s icing on the gravy, baby!”

Suzan-Lori Parks is the first Black woman to win the Pulitzer Prize for Drama, an award she received in 2002 for TOPDOG/UNDERDOG. In 2018, the play was named “The Greatest American Play of the Past 25 Years” by The New York Times. This unprecedented distinction was awarded unanimously by a special panel of critics convened to examine and rank the most important plays written and produced in the previous 25 years.

“Suzan-Lori Parks is a remarkable playwright. She is an original whose fierce intelligence, and fearless approach to craft, subvert theatrical convention and produce a mature and inimitable art that is as exciting as it is fresh. I am standing with my hat in the air.”

In this article:will return to Broadway this Fall in a 20th Anniversary Production