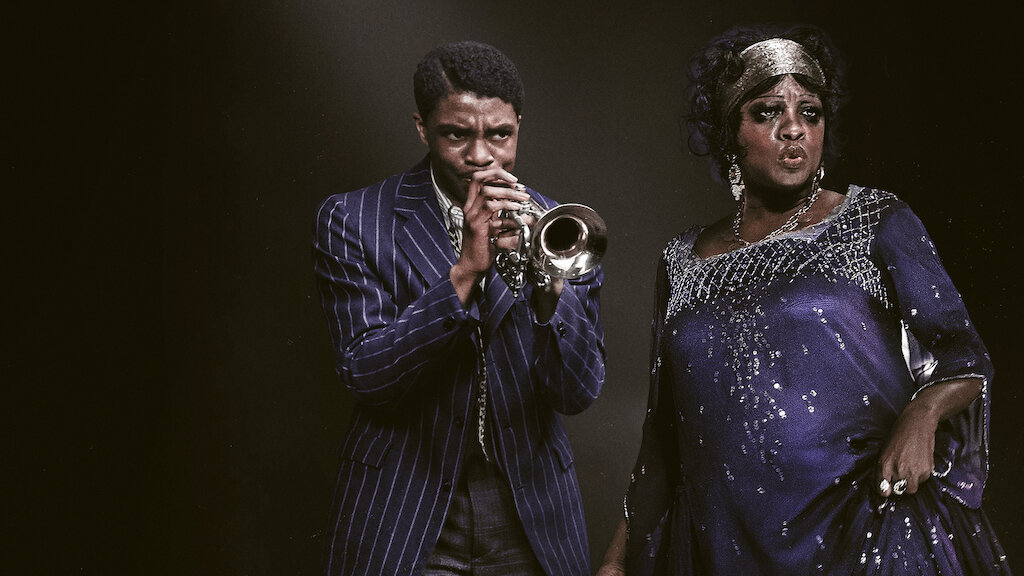 When August Wilson said, “Have a belief in yourself that is bigger than anyone’s disbelief,” I’m sure he could not have imagined the lasting impact and legacy his works would have on American theatre. During a time when his voice is permeating the ethos of our artistic souls, his classic work Ma Rainey’s Black Bottom has reemerged as a testament to the brilliance that comes out of Black artistry. Viola Davis (three-time Tony Award winner) plays the title character, Ma Rainey, approaching the bluesy chanteuse’s nuances with gravitas. As she is no stranger to the words of August Wilson – having played leading female characters of his works on stage and screen – her role in this film hits chords that echo Black Lives Matter.

This film adaptation tells the story of Ma and her band recording several songs over a hot afternoon in the studio while also attempting to calm tensions between her white manager and producer. Throughout the film, she stands her ground, exuding confidence and courage that is reminiscent of the leadership Davis displays as a Black actress. She shares the screen with the late star of Marvel’s “Black Panther,” Chadwick Boseman, who passed away in August (his final on-screen role), Glynn Turman (A Raisin In the Sun and “A Different World,”) Colman Domingo (The Scottsboro Boys and “Selma,”) Michael Potts (Cabin In the Sky and Jitney,) Taylour Paige, Dusan Brown, Jonny Coyne, and Jeremy Shamos. It is directed by Tony Award-winning director George C. Wolfe, adapted for the screen by Tony Award winner Ruben Santiago-Hudson, and produced by Tony Award winner Denzel Washington.