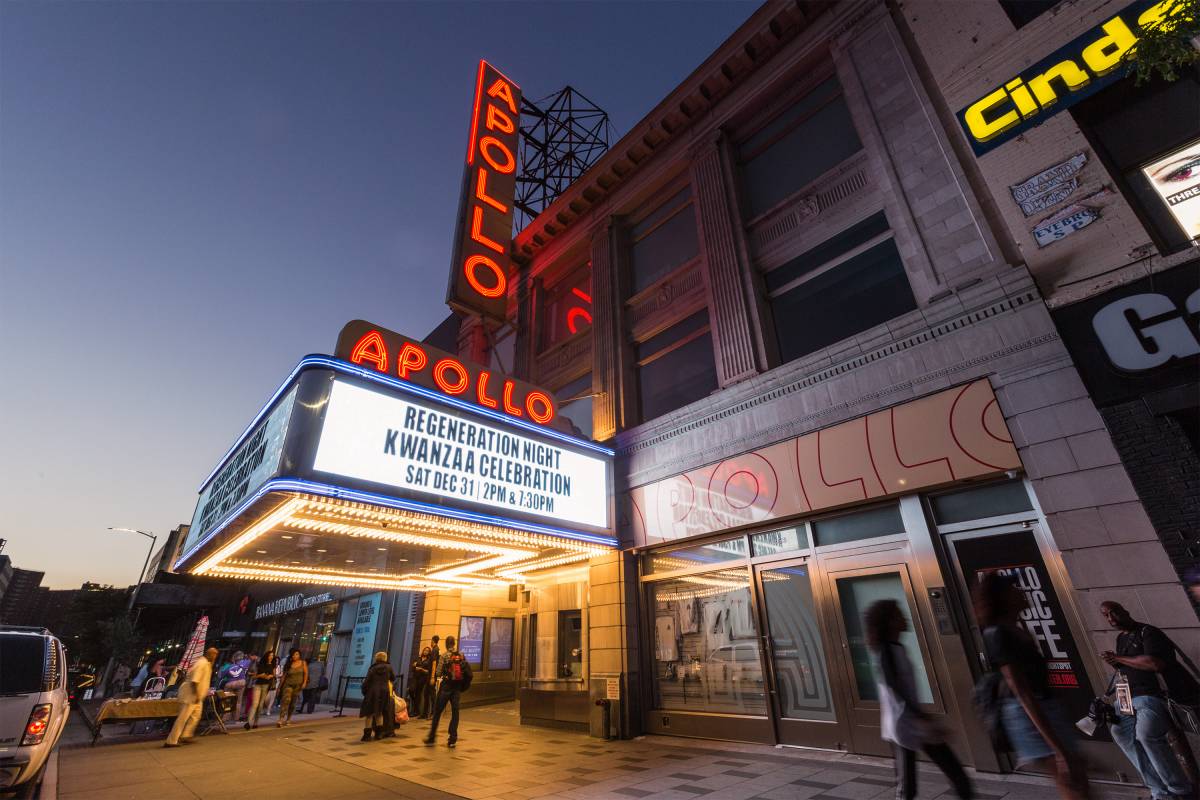 Garnering 12,500 supporters in just 12 hours, the petition on change.org to make the historic Apollo theater into an official Broadway house has proven just how much audiences want true diversity and inclusion. Founded in 1934 and becoming the leading arts institution to employ Black theatrical workers in 1937, the Apollo Theater has always sought to reflect the community. Over the decades, the Apollo has been at the forefront of introducing new Black talent to the world. Historically, Harlem served as the epicenter of international Black cultural experience, and the Apollo commits itself to engaging the cultures and people.

As Black people are speaking up and speaking out against institutional racism, the arts community is not immune to a movement that demands change. Throughout the digital space, artists and audiences are holding arts institutions accountable for their role in racist policies and practices. These arts institutions are scrambling to find ways to engage Black community.  As a result, an anonymous Broadway Fan understood change needed to begin with adding the Apollo as an official Broadway house. With such a strong history of community engagement, the Apollo is a natural start to creating the change that will transform the lives of Black artists.

Among its list of changes, Broadway Fan wishes to increase Black artists eligibility of winning Tony Awards and further engage Harlem in the Broadway culture that so defines New York City. Lists of changes include: entrance to the Broadway League as a board member; direct board participation at American Theatre Wing, which is also connected to The Tony Awards and The Obie Awards; direct exposure and opportunity for Spring Road conference participation; and a vote for who is nominating the shows.

Like many art institutions and corporations during this time, the Broadway League proclaims that Black Lives Matter and vows to “open doors, hearts and minds that will lead to understanding, action and change.” Out of the 49 Boards of Governors, two are Black.

With educational programs, a dedication to developing new talents, and a strong sense of community, Apollo demonstrates its value to Broadway. If institutions like the Broadway League and American Theatre Wing truly want to open the doors that lead to change, listening to the voices of the 15,000 petition signers may be their best bet.

Renee Ombaba is the founder of Black Women in Opera (B.W.I.O.), LLC. She earned her Bachelor of Music in Vocal Performance from Jackson State University and her MA in Southern Studies from the University of Mississippi.

In this article:Apollo Theater, Broadway

Broadway Black presents The 2nd Annual Antonyo Awards, which honors Black theatre artists during the 2021-2022 season. The live, in-person ceremony will be held on Monday,...