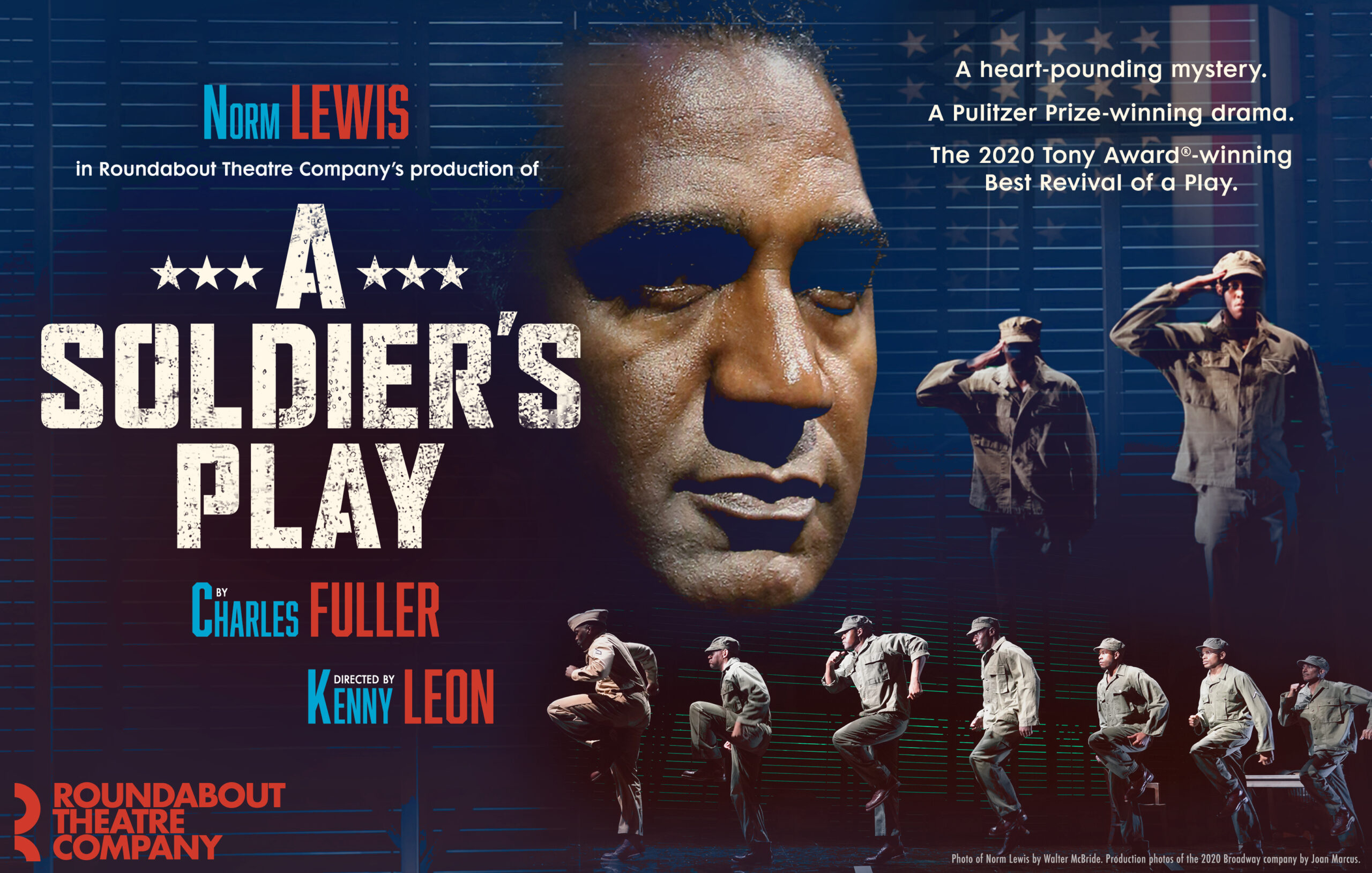 Norm Lewis will star in National Tour of A Solider's Play

In 1944, on a Louisiana Army base, two shots ring out. A Black sergeant is murdered. And a series of interrogations triggers a gripping barrage of questions about sacrifice, service, and identity in America.  Charles Fuller’s Pulitzer Prize-winning masterpiece opened on Broadway for the first time on Jan. 21, 2020, at Roundabout Theatre Company’s American Airlines Theatre, nearly forty years after it was written. The acclaimed production was nominated for 7 Tony Awards and 3 Drama Desk Awards, winning Best Revival for both.

“It’s an honor to direct Charles Fuller’s masterwork for audiences around the country. Anyone who has seen Norm on the stage or screen knows that he is a remarkably powerful presence, a true force-of-nature and I can’t wait to see what will happen when we have that power at the center of this play.”

“As an institution committed to shining new light on classics, Roundabout was proud to produce the long-overdue Broadway premiere of A Soldier’s Play. On Broadway, I was thrilled to see Charles Fuller’s work and Kenny Leon’s spectacular vision get the recognition it deserved,” said Todd Haimes, Artistic Director and CEO, Roundabout Theatre Company. “Now, the opportunity to bring this production to cities across North America allows us to continue elevating the legacy of this great, American masterpiece.”

A veteran of 14 Broadway productions and countless TV & film appearances, Norm Lewis made history as The Phantom of the Opera’s first Black Phantom on Broadway.  Most recently, he starred in Spike Lee’s critically acclaimed Da 5 Bloods and in the groundbreaking FX series, “Pose.” Additionally, Mr. Lewis can be seen starring in ABC’s newest series, “Women of the Movement” and offscreen, his voice can be heard in Apple TV’s animated series “Central Park.” He was also seen as ‘Caiaphas’ in the award-winning NBC television special, “Jesus Christ Superstar Live in Concert!” alongside John Legend, Sara Bareilles, and Alice Cooper.

His additional television credits include “Dr. Death,” “Mrs. America,” “Better Things,” “The Unbreakable Kimmy Schmidt,” “Bull,” “Chicago Med,” “Gotham,” “The Blacklist” and “Blue Bloods” as well as in his recurring role as ‘Senator Edison Davis’ on the hit drama “Scandal.”

Mr. Lewis returned to Broadway in the Fall of 2021, starring in Chicken and Biscuits at the Circle In The Square Theatre. He previously appeared in the Broadway revival of Once on this Island and as ‘Sweeney Todd’ in the Off-Broadway production of Sweeney Todd: The Demon Barber of Fleet Street at the Barrow Street Theatre, receiving the AUDELCO Award for his performance. He received Tony, Drama Desk, Drama League and Outer Critics Circle award nominations for his performance as ‘Porgy’ in the Broadway production of The Gershwins’ Porgy & Bess. Other Broadway credits include Sondheim on Sondheim, The Little Mermaid, Les Misérables, Chicago, Amour, The Wild Party, Side Show, Miss Saigon, and The Who’s Tommy.

Tony Award-winning actress, LaChanze, will star in the Broadway premiere of Trouble in Mind written by Alice Childress. The production opens at the Roundabout Theatre...