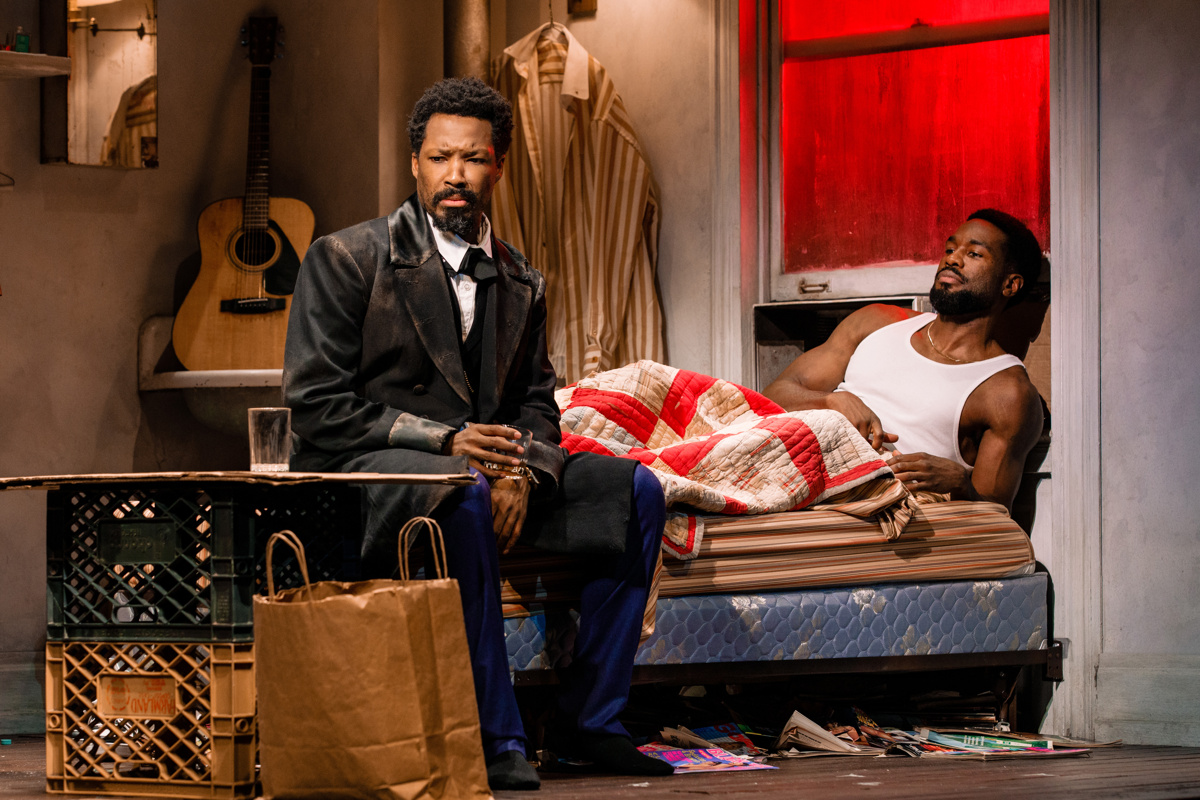 On January 10, the 20th Anniversary Production of Suzan-Lori Parks‘ Pulitzer Prize-winning play, TOPDOG/UNDERDOG, will host a special performance for members of The Divine Nine, a group of historically Black Greek Letter organizations.

Following this performance, directed by Tony Award-winner Kenny Leon and starring Emmy Award-winner Yahya Abdul-Mateen II and Tony Award-nominee Corey Hawkins, will offer a post-show talkback with members of the company, exclusively for members of The Divine Nine.

TOPDOG/UNDERDOG is a darkly comic fable about brotherly love and family identity, following the lives of two brothers, Lincoln and Booth, as they struggle with their past and their obsession with the street con game three-card monte. The play has received critical acclaim, being named “Best of the Year” by The New York Times, New Yorker, Huffington Post, and others.

This performance will offer a ticket discount of up to $60 off the ticket price (using code TDDIVINE9) at telechargeoffers.com.

In addition to its talented cast and crew, the production features scenic design by Arnulfo Maldonado, costume design by Dede Ayite, lighting design by Allen Lee Hughes, and sound design by Justin Ellington. The production is being produced by David Stone, LaChanze, Rashad V. Chambers, Marc Platt, Debra Martin Chase, and the Shubert Organization, and is currently in its final weeks of a limited engagement, set to close on January 15. Don’t miss your chance to see this powerful and thought-provoking production, and take advantage of the special ticket discount for members of The Divine Nine.