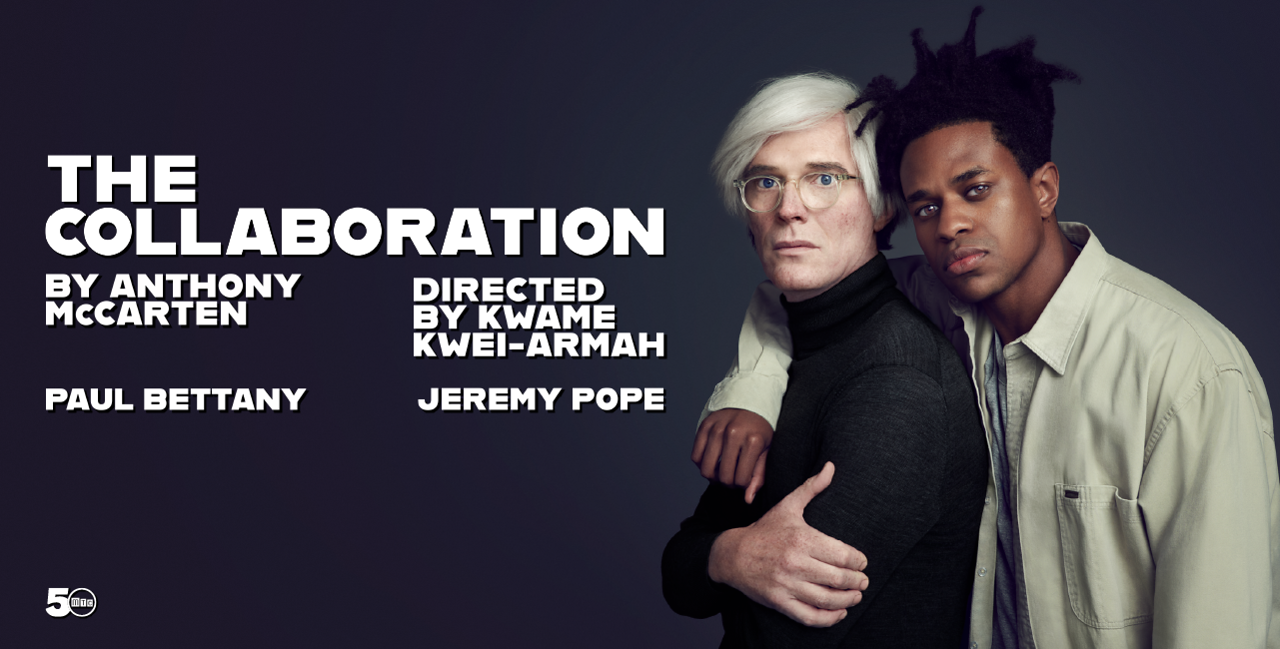 The Collaboration, a play about the unlikely partnership between Andy Warhol and Jean-Michel Basquiat, is set to open on Broadway tomorrow at the Samuel J. Friedman Theatre. T

he production, which was originally produced by the Young Vic Theatre in London, has been extended one additional week through January 29, 2023 by Manhattan Theatre Club and the Young Vic Theatre. The play, written by Anthony McCarten and directed by Kwame Kwei-Armah, features Paul Bettany and Jeremy Pope as Warhol and Basquiat, respectively.

Warhol. Basquiat. Electric, eccentric, polar opposites… together, for the first time in the most unlikely partnership the art world has ever seen. Paul Bettany (The Avengers, “WandaVision,” “A Very British Scandal”) and Jeremy Pope (Choir Boy, Ain’t Too Proud, The Inspection) star in the thrilling American premiere of the London sensation

Set in the summer of 1984, The Collaboration tells the story of Warhol and Basquiat’s decision to work together on what could potentially be the most talked about exhibition in modern art history. The play explores the question of whether these two creative giants can coexist and thrive together.

In this article:Jeremy Pope, The Collaboration

Now this is the type of representation we like to see! Broadway stars Jeremy Pope and Ariana Debose put in the work, secured the...