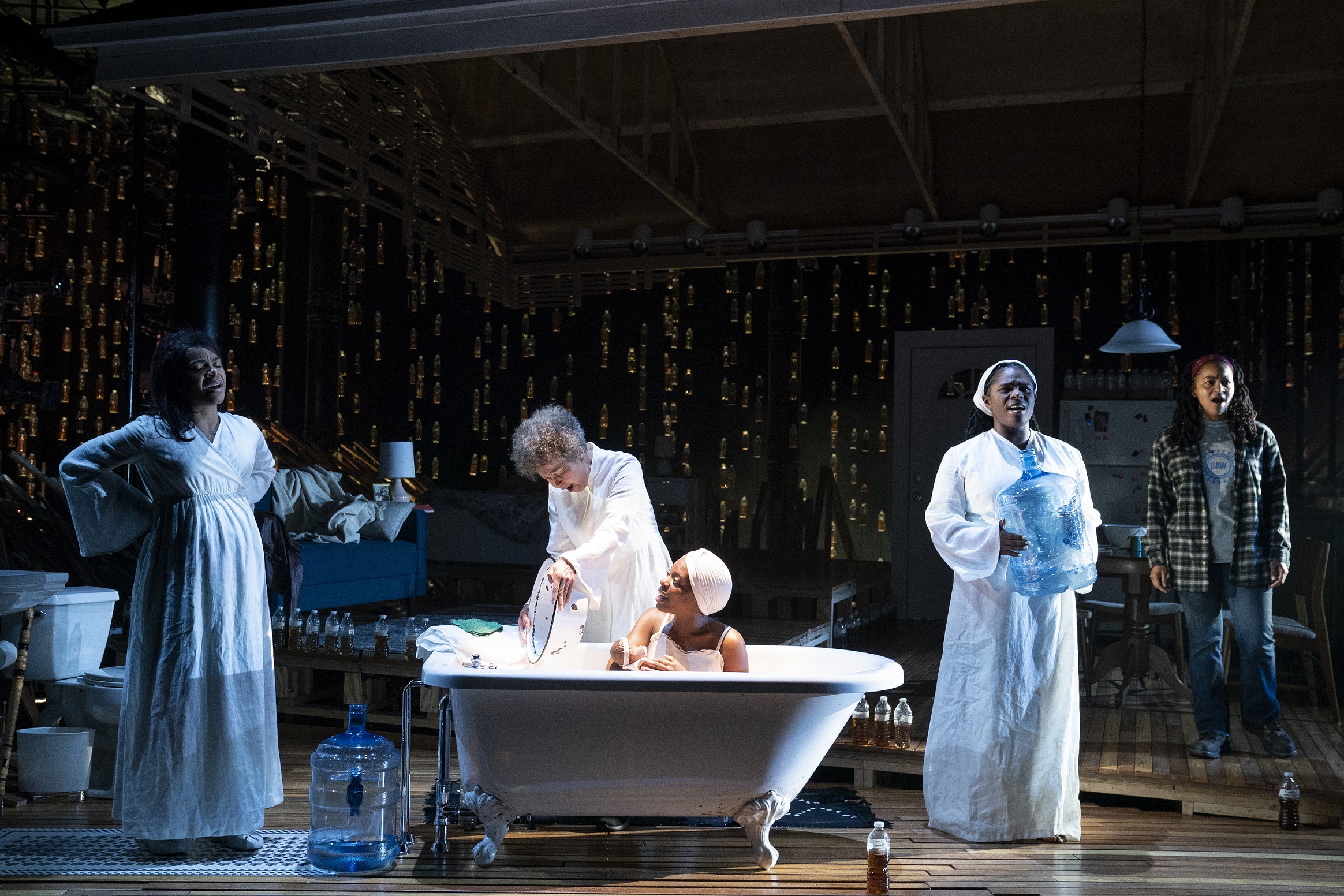 The company of the world premiere production of cullud wattah, written by Erika Dickerson-Despenza and directed by Candis C. Jones, at The Public Theater. Photo credit: Joan Marcus.

It’s been 936 days since Flint has had clean water. Marion, a third-generation General Motors employee, is consumed by layoffs at the engine plant. When her sister, Ainee, seeks justice and restitution for lead poisoning, her plan reveals the toxic entanglements between the city and its most powerful industry, forcing their family to confront the past-present-future cost of survival. As lead seeps into their home and their bodies, corrosive memories and secrets rise among them. Will this family ever be able to filter out the truth? CULLUD WATTAH blends form and bends time, diving deep into the poisonous choices of the outside world, the contamination within, and how we make the best choices for our families’ futures when there are no real, present options.

Watch a new video released by The Public featuring playwright Erika Dickerson-Despenza and director Candis C. Jones in conversation about their history of collaboration, the themes of the play, and how water justice affects Flint and beyond.

Additionally, to enhance the experience of seeing CULLUD WATTAH, a curated installation about the Flint Water Crisis has been installed on The Public’s Levin Mezzanine, along with a collection of books provided by The Free Black Women’s Library. Learn more about the installation by watching this video on The Public’s Instagram.