On February 20th, 2021 Douglas Turner Ward (playwright, actor, director, and theatrical producer) a pillar in the Black theatre community passed away. Ward founded The Negro Ensemble Company with Robert Hooks and Gerald Krone in 1967. By the time Ward had come together with Krone and Hooks to create The Negro Ensemble Company, he had already been on Broadway in the original 1959 cast of A Raisin in The Sun. He was cast in a small role while understudying Sidney Portier. In the mid 1960s Ward created a play called Day of Absence that was about Black people disappearing from a southern town. In the production, Black actors wore whiteface makeup in order to play white characters left alone without their Black neighbors, and it showcased Ward’s scathing satirical humor when it came to writing. The production was accompanied by an article in The New York Times written by Ward titled “American Theater: For Whites Only?” The article called for a Black repertory theatre company. A year after the production, a grant in the amount of $434,000, was awarded to Ward and with the funds, The Negro Ensemble Company was created with Ward as the Artistic Director and Krone and Hooks in other leadership roles.

“Just to lighten up the heavy political raps, I started writing primarily satirical things.  And, ultimately wrote my first performance piece. It was called Star of Liberty, concerning the rebel slave Nat Turner. This little play, which was only a half hour long, was performed before an audience of nearly 5,000 people at a rally. Well, the response to this play at the rally was very thrilling. I was nineteen years old when I wrote this piece and that led me in the direction of trying to write more directly for the theatre.  Because up until then, I’d been messing around with short stories and other genres.  Sports writing had been my primary interest, but now drama was beginning to take the focus.”

Ward was inducted into the Theatre Hall of Fame in 1996 and has won many awards over his career such as an Obie, a Tony, and a Drama Desk Award. The Negro Ensemble Company earned a special Tony award.

In this article:Douglas T Ward, The Negro Ensemble Company 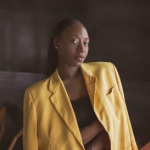