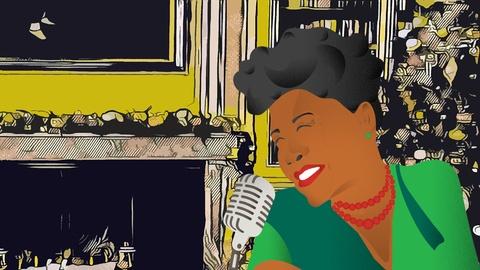 Christmas came early this year as some of Broadway’s most profound Black voices came together for Ella Wishes You a Swinging Christmas with Vanessa Williams!

Ella Fitzgerald, also known as “The First Lady of Song”, is heavily known for being one of the most famous jazz singers and worked with other profound jazz artists such as Duke Ellington and Louis Armstrong. Some of her most notable works include “It Don’t Mean a Thing”, “Cheek to Cheek”, “Dream a Little Dream of Me”, and more. Fitzgerald’s legacy leaves her a tribute in the Smithsonian National Museum and a U.S. postage stamp in her honor.

The concert will be headlined by Broadway and Film star Vanessa Williams and featured performances by Norm Lewis, Dee Dee Bridgewater, Carmen Ruby, Morgan James, and many more! The American Pops Orchestra will be recreating the music behind Fitzgerald’s holiday album with Luke Frazier as the Maestro. The setlist features all of the family’s favorite Christmas hits like “Santa Claus Is Coming to Town,” “Have Yourself a Merry Little Christmas,” “The Christmas Song,” “Sleigh Ride,” and “Winter Wonderland.”

For more information on how to watch tonight’s performance, click HERE.

Have y’all been missing the sweet voices of Broadway during the holiday season? Well, 54 Below is bringing Broadway right to your living room!...