Learn Your Craft Think About It 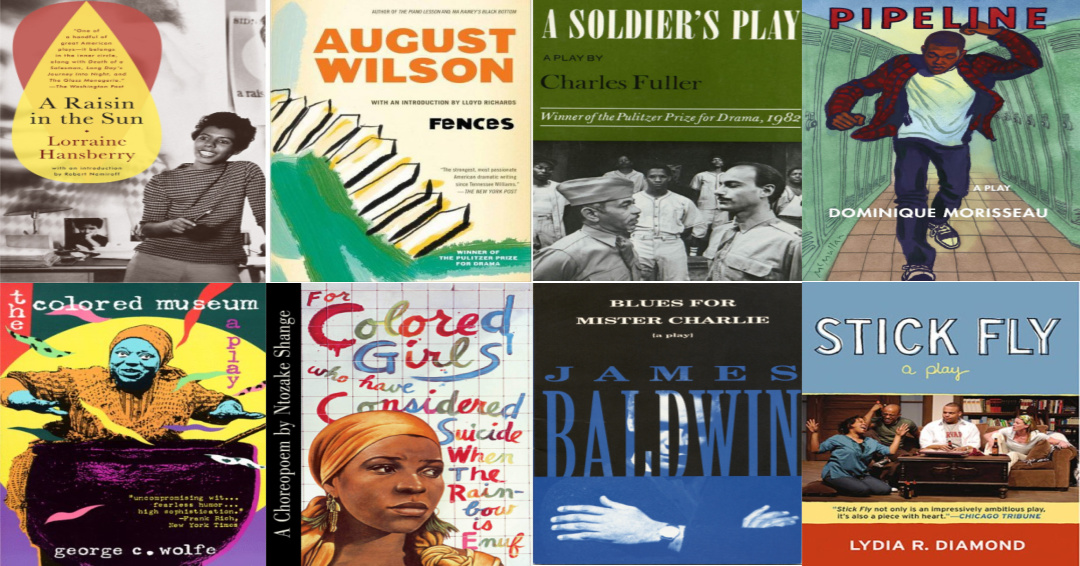 With the pandemic closing the doors on Broadway and schools shifting their teaching methods to remote learning, students across our country are devoid of a full live arts experience. Many high school arts programs have had to cancel their seasons due to the coronavirus, and arts educators have had to lean into their talents with a “yes, and” attitude to re-engage future theatre powerhouses. For the start of Black History Month 2021, here is a list of the top five plays by Black writers that every young Black student should be familiar with:

A Raisin In the Sun by Lorraine Hansberry

Loosely based on the playwright’s life, the Younger family grapples with an American dilemma that coerces the psyche into believing that separate really is equal. In post-WWII Chicago, where everyone was looking to feed themselves literally and figuratively with a piece of the American dream, Walter, Ruth, Mama, Beneatha, and Travis find themselves in the middle of a custody battle over the soul and integrity of America; believing in the power of change and progression and reconciling with the truth of a divided American landscape. This drama first debuted on Broadway in 1959, starring Sidney Poitier, Ruby Dee, Louis Gossett, Claudia McNeil, and Glynn Turman. It has since seen multiple revivals on Broadway in 2004 and 2014, with the 2004 production winning for Best Actress in a Play for Phylicia Rashaad and Best Featured Actress in a Play for Audra McDonald. The 2014 production resulted in wins for Sophie Okonedo for Best Featured Actress in a Play, Kenny Leon for Direction of a Play, and Best Revival of a Play. A Raisin In the Sun is also the first play written by a Black woman to be performed and produced on Broadway.

A full audio recording of the play from L.A. Theatre Works can be found HERE.

Written in 1985 as part of Wilson’s “Pittsburgh Cycle,” Fences closely tracks the internal turmoil that Troy faces in providing for his wife and teenage son. As a man whose dreams were not fully realized as a major league baseball player, Troy tries to build himself up within the city sanitation department as a driver (something Black men weren’t allowed to do). Young people should read this play primarily for the conversation between Troy and his son, Cory, about being a parent, a caregiver, and a Black man. Troy says, “A man got to take care of his family. You live in my house… sleep your behind on my bedclothes… fill your belly up with my food… cause you my son—you my flesh and blood. Not ’cause I like you! Cause it’s my duty to take care of you.” The original Broadway production won the Tony Awards for Best Play, Best Performance by a Leading Actor in a Play (James Earl Jones), Best Direction, and Best Performance by a Featured Actress in a Play (Mary Alice). The 2010 revival won Best Performance by a Leading Actor and Leading Actress in a Play for Denzel Washington and Viola Davis, respectively, and Best Revival of a Play.

Shange’s emotional choreopoem, which fuses music, dance, and poetry, is a literary blueprint for understanding and appreciating Black women. It debuted at the Booth Theater in New York City in 1976 and was only the second work by a Black woman to be done on Broadway (it was nominated for a Tony Award for Best Play in 1976). Referred to only by a color (red, orange, blue, green, purple, yellow, and brown), each woman relishes in her own self-discovery and self-identity in a world that has yet to see them for the beautiful humans they are. Shange illuminates the power of Black female sisterhood while also encouraging the reader to heal, survive, and reclaim their joy. The Public Theater recently did a production in 2019 that Camille A. Brown choreographed.

Omari is a young Black male dealing with the pressures of high school academia in a school where microaggressions are as common as saying the pledge of allegiance. Morisseau’s modern drama on race and the education system may appear to be a shocking reflection of what young people may encounter today. Still, it is also a challenge for educators everywhere to see their students beyond a name on a class roster. Omari and his mother, Nya, push each other to combat the triggers that young Black men face regularly, and do some deep soul-searching to heal their mother-son relationship, so Omari doesn’t lose himself by proving himself. The play was nominated for five Lucille Lortel Awards during its run at Lincoln Center and can currently be found on BroadwayHD.

Performed as vignettes known as “exhibits,” The Colored Museum illuminates the  Black experience by taking the reader and audience member on a historical journey from the flight to Savannah from the Ivory Coast in “Git On Board” to the ode to Black theatre drama in “The Last Mama-on-the-Couch Play” in which Wolfe makes references to Shange’s for colored girls who have considered suicide when the rainbow is enuf and Hansberry’s A Raisin In the Sun. The Colored Museum takes the tragedy and pain of our experience as Black people living in America. It gives it a distinct voice of truth and integrity that has otherwise been whitewashed and gaslit.

A Soldier’s Play by Charles Fuller