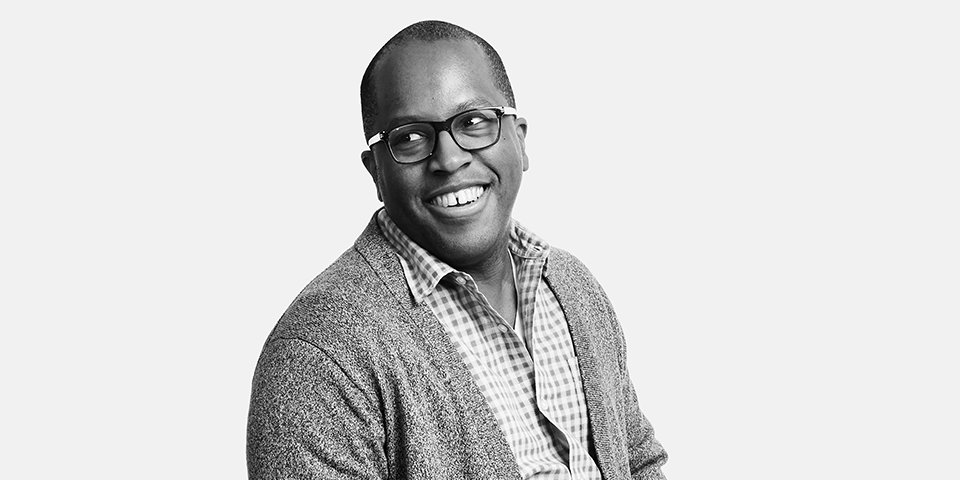 A Strange Loop is a musical about a plus sized, queer, Black man and so far it has won the Pulitzer Prize for Drama, Lambda Literary Award, Off-Broadway Alliance Award, New York Drama Critics Circle Award, and the Dramatists Guild of America’s Hull-Warriner Award. And the 2019-2020 award seasons isn’t even over.

Michael R. Jackson is changing the face of musical theatre and what musical theatre stars look like and we are PROUD. In his acceptance video for the Lambda Literary Award, Michael remarks “As a Black, queer artist, it’s really affirming to have my work honored in this way so I want to thank you all from the bottom of my heart for this award.”

A Strange Loop has been around for a while but it caught fire when it opened at Playwrights Horizons Off broadway. The meta semi-autobiographical piece follows a young, Black, queer artist called Usher in the show, (played by Larry Owens), at war with his own ideas of culture and navigating at the intersection of his own Blackness and queer identity while writing a piece about someone vaguely based on himself doing the same.

The musical was scheduled to go up at Woolly Mammoth Theatre company this September but is now eyeing 2021 for its opening in Washington D.C.