London's Songs For A New World To Stream On Demand 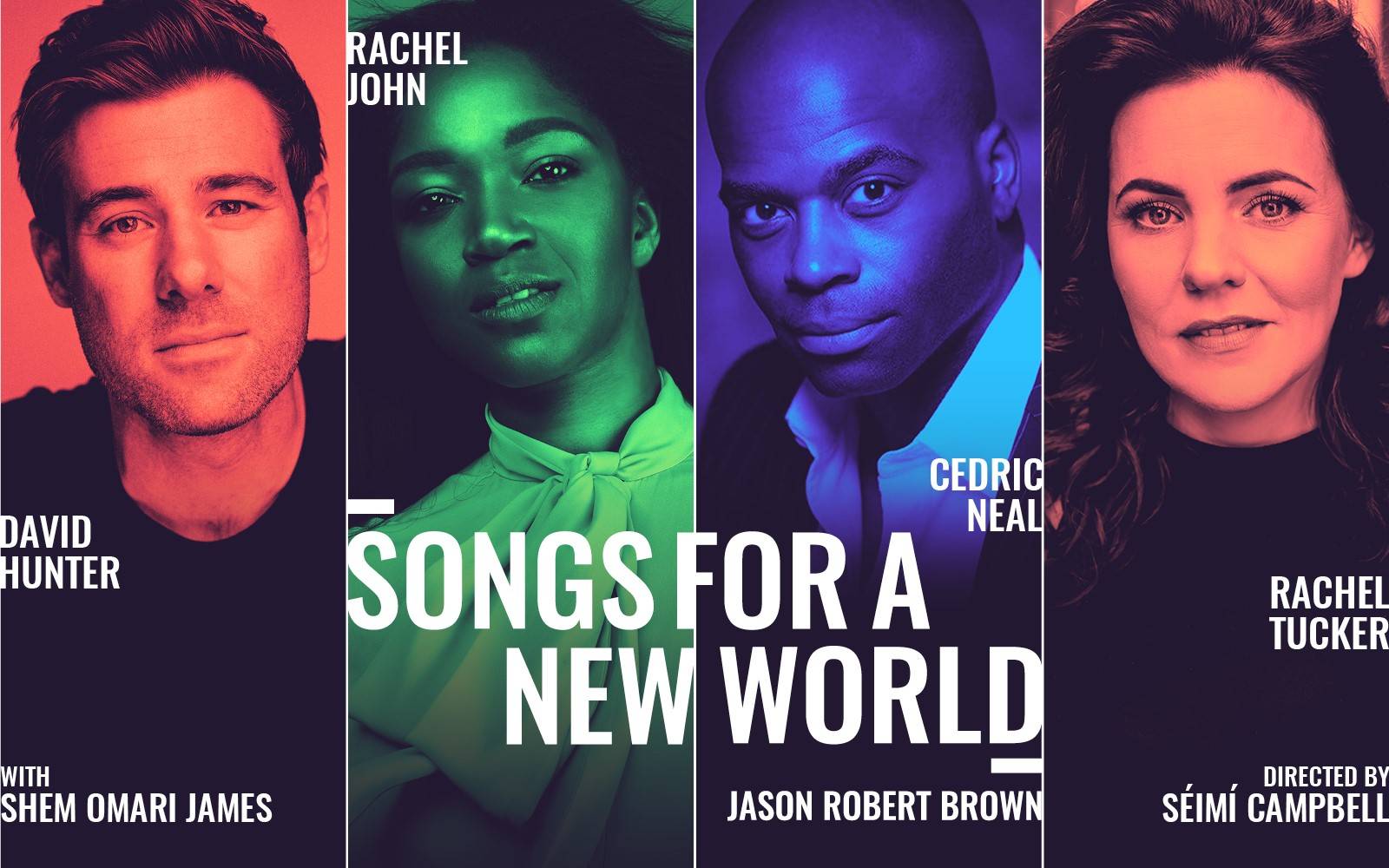 Songs for a New World follows the journey of four individuals who are all faced with a variety of obstacles in their lives, but all relate to having to make the choice of running to it or from it. Jason Robert Brown’s first musical, tells the story of hope for a better tomorrow and a new look at life at the turn of a profound moment. The original Off-Broadway cast featured Billy Porter, Andrea Burns, Brooks Ashmanskas, and Jessica Molaskey and premiered in 1995 at the WPA Theater.

Filmed in 2020 and performed completely in isolation during the United Kingdom’s first shutdown, the London Palladium performance of Songs for a New World stars Ramin Karimloo as Man 2, Rachel Tucker as Woman 2, Cedric Neal as Man 1, and Rachel John as Woman 1.

The performance will be streamed February 21-28 via the stream.theatre platform and in select movie theaters in the U.K.

The production was directed by Séimí Campbell, with musical supervision by Adam Hoskins and musical direction by Josh Winstone. The creative team also includes lighting design by Jack Knowles, design consultancy by Madeleine Girling, and sound design by Jonny Dickie for Robins Audio.

Although we may not be able to spend New Year’s Eve with ALL our favorite people, we will have the chance to spend it...

Update: Click HERE to view A Season of Hope & Inspiration concert Free On Demand until January 5, 2021.  The holiday season is in...