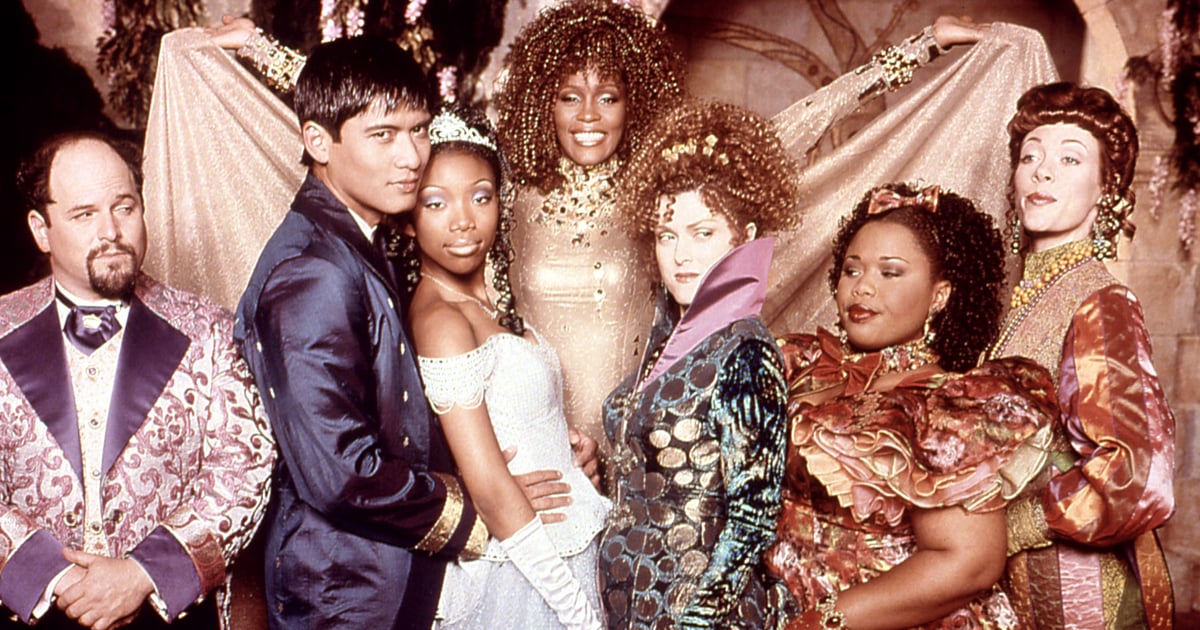 If ever there was a time we needed to believe in fairytales, there’s no better time than this. Disney+ has just announced that they will be adding Rodgers and Hammerstein’s Cinderella, starring Brandy and Whitney Houston, to their roster of films at midnight on February 12.

Since the tv movie aired in 1997 on ABC’s Wonderful World of Disney, viewers have been unable to see a full version of the classic film in over 20 years! But just in time for Black History Month, we get the gift of our first Black Cinderella and our first Black Fairy Godmother.

The 1997 musical classic was ahead of its time for casting some of the most diverse performers on Broadway and in Hollywood. R&B vocalist Brandy played the title role of Cinderella, while her Prince Charming was played by Paolo Mantalban. The King and Queen were played by Tony-nominee Victor Garber and EGOT, Whoopi Goldberg. The role of The Wicked Stepmother was brilliantly played by the legendary Tony-winner, Bernadette Peters; who alongside her onscreen daughters, Veanne Cox as Calliope, and Natalie Desselle as Minerva (who we recently lost in December of last year). Tony-winner Jason Alexander played the royal assistant, Lionel. And rounding out the stellar cast is none other than the “The Voice” herself, Whitney Houston, who played The Fairy Godmother, whose rendition of “Impossible” gave hope and inspiration to every Black boy and girl to believe in miracles and believe in yourself.

Brandy and Whoopi Goldberg reunited on The View today to make the formal announcement. There is music in all of us, and impossible things are happening every day!

In this article:Brandy, Whitney Houston