Cooper Howell speaks out about racism at Frozen: Live at Hyperion 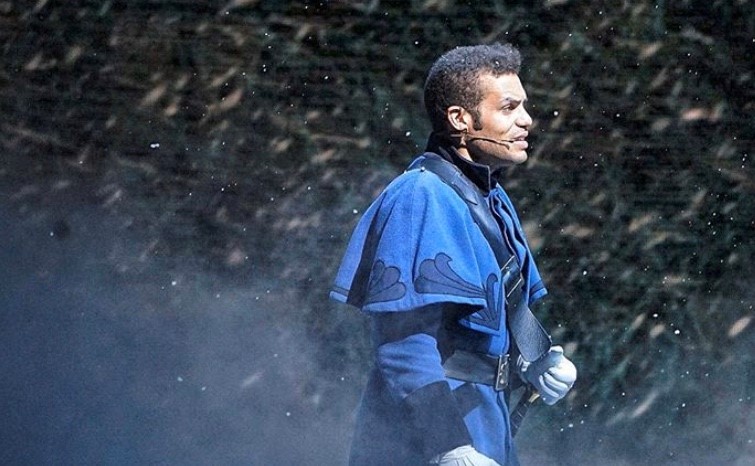 Cooper Howell is one of the original cast members of the long-running Frozen: Live at Hyperion Theater in Disneyland. Recently, he took part in the hashtag, #holdingtheateraccountable, and spoke out about his experience in the show. The post titled, ‘Heaven and Hell: or my experience being a person of color in Disney’s Hyperion Theater’ lists countless incidents in which Cooper was made to feel othered by his director, Roger Castellano.

“So much did I not expect to get this part that when I got the callback, I rolled my eyes and didn’t take the actual callback seriously. I mean, there was a zero percent chance that Disney would ever let me play a Prince, especially when the dude in the movie is a ginger.”

Cooper goes on to speak about how this casting changed everything he’d previously thought possible for his career. As a biracial man he speaks about never feeling inwardly white or black but always existing as Cooper. He then goes on to speak on aggressions he’d endured in high school from being called “blackie” by his then best friend to being told he was “the whitest person they ever knew/saw” because of how he acted.

“So, imagine getting paid good money to put on that 10,000 dollar costume and waltzing out to 4,000 people a day to play a really amazing part.” He talks about the value in a role like Hans, a character that gets to sing one of the most beloved songs in the show, “Love is an Open Door” and have an interesting arc of transition by the show’s climax without his race ever being mentioned. He was being valued as Cooper for his talent as an actor and not the skin he is in.

Howell credits the show’s original director, Tony Nominee and Director of the upcoming ‘Respect’ Biopic, Liesl Tommy for making sure the people of color in that cast felt like equals to their white counterparts. The cast embraced the idea that Arendelle is a fictional kingdom and can look however they want it to because it is not real. Liesl encouraged this group to be artists. Tommy encouraged them to dig deeper in their text, to ask questions, and discover things for themselves. Though the experience was as magical as a Disney park it takes place in, it wasn’t without its downfalls in the beginning.

Howell recounts cast members from another show in the park saying “If that black girl can play Princess Elsa then I should be able to play Princess Tiana” referring to actress Tiana Okoye (The Cher Show, Summer: A Donna Summer Musical). Then looking to Howell to affirm their comments as if he wasn’t also playing a role that’s not traditionally white as well.

“On Liesl’s final night I came up to her and said “ I don’t now why you did it but thank you so much for casting ME in this part” to which she replied “You mean why would I cast a handsome, talented, person in this role?” And I stuttered something like “well, I mean, I’m black. You know…” to which she tilted her head to her side and said “No. I don’t know why. Tell me why that matters.” And I had no idea how to answer. Seeing that I had no answer, she smiled. That was the answer, there was no reason. On the spot, my outlook about myself changed. Windows into what I thought was possible for me opened.”

Howell then goes into the hell portion of his post. This is where Roger Castellano is introduced as maintenance director and begins to introduce these aggressions in a position of power. On his first day, Roger informed the cast his task was to change the show. They were not told how it was to be changed but that changes were on the way. This cast of sixty that had just spent three months working on this text as if it was shakespearean and was now being told all their work had to be changed. Initially it was met with discomfort from the cast, but it was clear that the period of collaboration was over. Changes in the show were made without explanation or care so naturally, the cast began to push back. Management met that with removing days from their schedules or even replacing actors completely. Their safe space had just become lawless and anyone could go at any moment. Howell notes that this is when hell broke loose within the show.

In Cooper’s first note sessions with Castellano and co-star, Domonique Paton (Les Miserables) they were told their performances together were “Too…Urban”. (The section they were being noted on is the “Mental Synchronization” bit in “Love is an Open Door” that they’d been given freedom to improvise in the show, see here.) Cooper begins to expand upon the other language Roger had failed to use in the situation to express effectively that Howell and Paton could have been too comfortable with each other onstage. But all that was said was “When the two of you perform the together it’s too… urban” and when asked what he meant Castellano responded “You can figure that out. You’re smart.” With a shrug and a smile.

From that point, Cooper and Domonique became labeled as black Hans and Black Anna.

Cooper noticed that all his shows with other actresses were note-free or met with little resistance until he performed with Domonique and copious notes began to funnel in. The notes became so tedious that it developed into a game onstage to guess how many notes they had accrued at any given moment in the show. None of their other counterparts had been bombarded like this though there were instances of having someone completely change a character’s intentions in a scene or adding unnecessary moments to the show.

The next topic of notes was Howell’s penis. Cooper calls them the “penis sessions” in the sessions he was told to not make “it” (his penis) so apparent and that if “my daughter were younger I wouldn’t want her to come to a show you were performing at” which was only made more unprofessional because his daughter was cast member in the show that Cooper considers to be lovely and a friend of his.

There he started demanding Cooper purchased his own dance belt (Which is a responsibility of the costume department. The department had not been notified of the issue because these meetings would take place without the presence of stage management). After Cooper stood up for himself these “penis sessions” would happen in public. One of these sessions took place in the cast green room during lunch in which he screamed about he was “Tired of seeing my dick and that if I didn’t go buy myself one (a dance belt) then I didn’t deserve to be there anymore.”

During the time, Howell reached out to the Human Resources Department and was met with silence for months after repeated attempts at contact. Cast members encouraged his efforts but out of fear of losing their jobs remained silent. He was eventually told that there would be an investigation into the incident, and he would receive a phone call when it was completed.

With no protection from stage management about the sexual harassment and racial targeting of Cooper and others, he began to think about quitting. During a show, a white stage manager made a mistake and laughed it off to the cast with a lynching joke. After that moment, Cooper quit and his departure from the show casual to say the least.

“My departure was unceremonious. Bizarre. 100% un-magical. I hung up my costume one last time and it was given to a new Hans, one who looked very much like me oddly, and stepped out of the theater. The park was playing “Every wish your heart desires will come to you” and I remember laughing at how dead that song felt.”

Cooper Howell, we hear you. We see you. And know you are not alone.