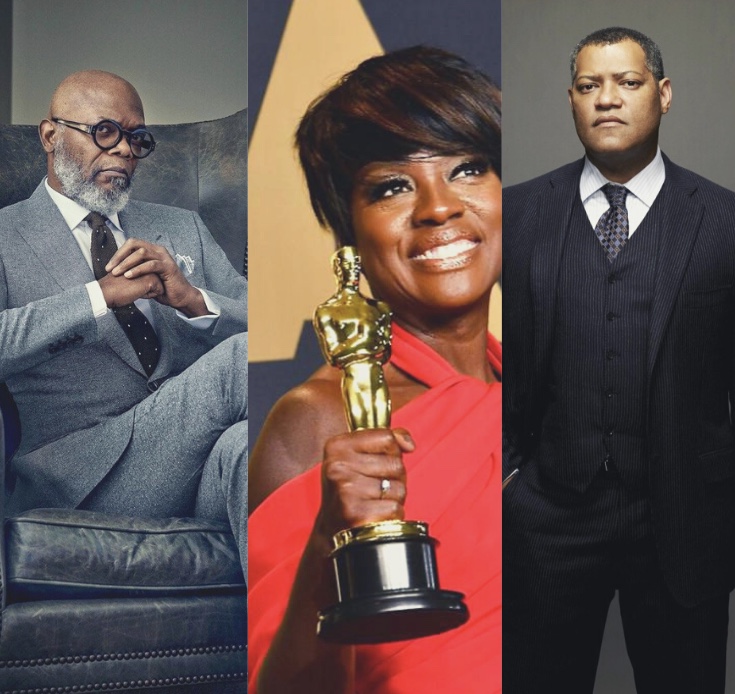 There are few playwrights in the American theatre that have made an impact as large as August Wilson’s. Wilson’s Pittsburgh cycle chronicling life in every decade of the 20th century is looked to as one of the most prolific collections of work in theatre. With ‘Ma Rainey’s Black Bottom‘ set to arrive on our screens, it felt like time to highlight the man that simply told stories that honored not only normal people, but black people. Here are 6 actors that got their “Big Breaks” after doing an August Wilson Show.

In 1987, August Wilson’s biggest hit, Fences opened on Broadway starring Courtney B. Vance as Cory Maxson. At 27 years old Courtney was receiving his first of three tony nominations alongside James Earl Jones leading the ship as Troy Maxson. After his turn as Cory, Courtney’s career exploded. He began working in the same year on the film, Hamburger Hill and has been consistently working in stage, film, and television ever since.

In 1989, Hugh Quarshie starred in the first production of Ma Rainey’s Black Bottom in the UK. Then Quarshie was a member of the Royal Shakespeare Company but his performance as Levee launched him into stardom on the British stage and screen. Since then Hugh has appeared on Doctor Who, Star Wars I: The Phantom Menace, and last took lead the RSC’s Othello.

In the beginning of his career, Larry Fishburne (his name at the time), was a stage actor that split some time with the screen when he could. In 1988, Laurence starred in Spike Lee’s School Daze and followed it with the 1991 classic Boyz N the Hood but in 1992 his life changed. Laurence opened the original Broadway company of Two Trains Running as Sterling and won the tony for Best Featured Actor in a play. In the same year, He won his first Emmy and the rest is history.

To many, Ruben Santiago Hudson is known as one of the greatest black directors of all time with greats like George C. Wolfe and Kenny Leon. But Ruben’s first rendezvous with August Wilson’s work was as Canewell in the original Broadway cast of Seven Guitars starring Viola Davis and Keith David. He won the tony in 1996 for Best Featured Actor has not looked back since. Now he’s considered an expert on the Pittsburgh cycle and continues to spread August Wilson’s legacy across the country.

Sam’s big break came a little later but without his work, we would not know two of August Wilson’s best pieces. Samuel L. Jackson developed and starred in the first productions of August Wilson’s The Piano Lesson and Two Trains running at Yale Repertory Theatre. He was unable to continue with the projects because he’d developed an addiction to alcohol but after years of rehabilitation and steady work, Samuel L. Jackson became the highest grossing movie star we know him to be today.

There are few actors to this day that know August Wilson’s work as intimately or fiercely as Viola Davis. Davis’ Broadway debut was in Seven Guitars in 1996 with Ruben Santiago Hudson. In 2001, the Juilliard grad won her first tony playing Tonya in Wilson’s King Hedley II alongside Brian Stokes Mitchell. Nine years later, she became the second black woman to win the tony for Best Actress in a play for her work as Rose Maxson in the 2010 revival of Fences starring Denzel Washington. Then in 2017, Viola won an Oscar for her work as Rose in the film adaptation of Fences. It is hard to find more ways to clearly show that Viola is the greatest of all time, and a true student of August Wilson’s work.