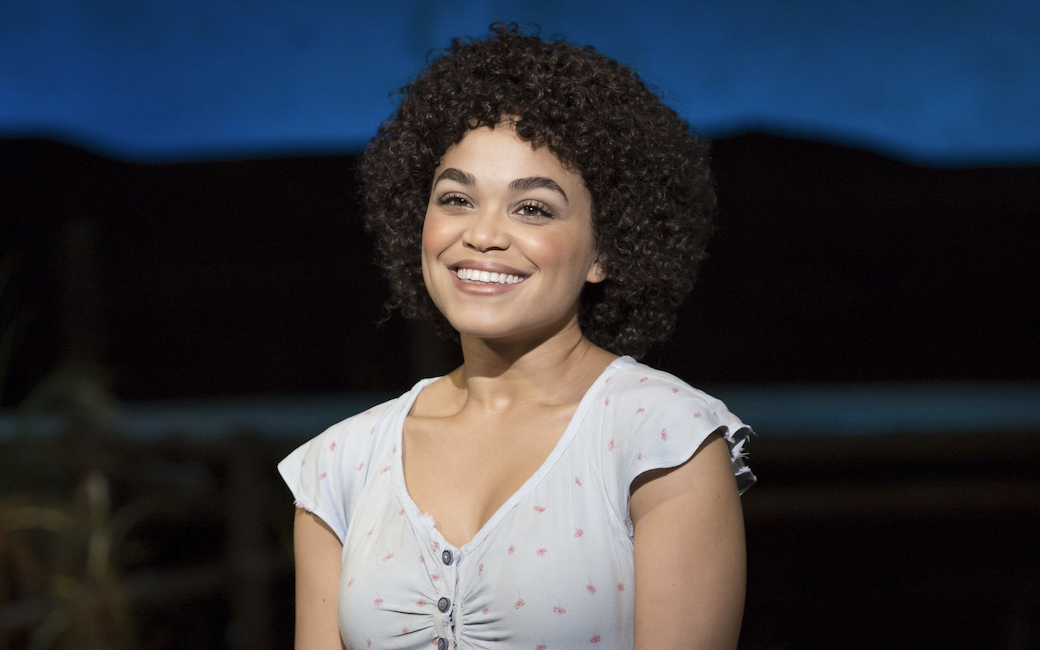 I felt the need to express some thoughts about The Book of Mormon since I currently play Nabulungi in the Broadway company. I shared a video the other day from a fellow Black member of the theatre community where he shares his experiences with racism in the industry and it ended by stating that “the Book of Mormon is racist”. I want to begin by saying that I believe the material in the show shares relatively obtuse versions of African people. At face value the show is insensitive to race. It generalizes what it means to be African and it generalizes what it means to be black. It uses satire and the white gaze to wake people up to the downfalls of elitism, religious superiority, and what it means to be a white savior. The show is hilariously smart and funny and as a black person my feelings are often mixed (because duality), but what I will not let happen is the knocking down of  the wing of the house that Maia, John, Eric, Tommar, Nikki, Rema, Brian, Michael, Darlesia, Asmeret, Michael and Lawrence built without telling the bright side of my truth.

In the summer of 2017 I found out that I was pregnant. As I signed my new contracts for the Book of Mormon tour, I lamented on how disappointed the show would be in me. However, when the time came for me to tell my new management that I was having a baby, I was greeted with smiles and unadulterated joy. Joyce, my tour stage manager even asked if she could hug me. She and Shawn Moorman, our company manager, assured me my news would be treated with respect and confidentiality, which it was. I had been with the tour for one month and these two strangers treated me like family.

Upon coming back to the Broadway company, my child was welcomed into the building. Karen Moore, Mike Zaleski, and Sara Bradley allowed Ezzie to take over their office twice a week. When my child care for Ezzie fell through, they offered to watch her during the show. They assured me I didn’t need to be embarrassed and that I wasn’t being unprofessional.  Instead they insisted that I was their family and that they had my back. We celebrated Ezzie’s birthday in that office because THAT office is Ezzie’s home and those people are Ezzie’s family. They are my family.

Nikki Renee Daniels, who played Nabulungi on Broadway before me, has been a constant ally in motherhood. She sends me clothing on an almost quarterly basis and because of her I rarely have to buy Ezzie anything. She has treated me like family without ever having worked directly with me.

My sisters Destinee Rea and Shanel Bailey consistently work to help me in whatever capacity they can. They both dote on my daughter as if she were their own. They watch her when I am in rehearsals and in audition rooms. They also both come from this illustrious Book of Mormon family.

Kim Exum is a mother and artist living in NYC. Kim Exum currently plays Nabulungi in The Book of Mormon on Broadway.